Applications and manufacturing of ceramic membranes 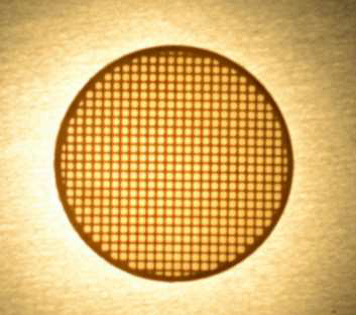 Ceramic membranes are gaining interest as they offer the fuel and chemical industries a way to use renewable resources (Power to X, chemical energy storage, CO2 conversion, Power to Chemicals). They are used in electric motors as fuel cells, electrolysis cells, but also in the production of basic chemicals with high value-added potential. These applications are highly complex systems in which chemical processes (molecular decomposition into ions and recombination of ions into molecules) take place at the ceramic membrane and are catalytically controlled.

What is the task of a ceramic membrane?

Ceramic membranes are part of membrane reactors, the use of a catalyst on both sides is mandatory. Membrane reactors are used to selectively separate gases – mostly low molecular weight gases such as hydrogen or hydrocarbons – to efficiently control chemical reactions.

Basically, a distinction can be made between four different membrane functionalities:

The appropriate membrane type is selected depending on the application: Pure ionic-conducting membranes can be used as electromotive generators (fuel cell) or as electromotive consumers (electrolysis cell), MIEC membranes do not require electrical contact and are recommended for industrial processes. The following figure shows schematically the different types.

Why are ceramics used for this purpose?

Chemical reactions are always equilibrium reactions. This means that the reactants and products of the reaction are in a dynamic equilibrium defined by thermodynamics, the enthalpy of formation or decomposition, and the kinetics of the outward or reverse reaction. Nevertheless, there are equilibria in which the starting materials are preferred because they are energetically more favourable (endothermic reactions). In this case, the kinetics can be “outsmarted” by continuously removing a (side) product from the reaction area, thus preventing the reverse reaction for lack of a reaction partner, which is particularly useful in gas reactions. In membrane reactors, the same trick is used by diffusing the permeable ions through a membrane.

However, the diffusion of permeable ions through the membrane is passive and depends on the partial pressure gradient of the ion species within the membrane. The degree of mobilization of the ions, such as catalytic ionization or diffusion rate across the membrane, determines the delta of this partial pressure gradient and thus the efficiency of the membrane. These partial aspects, as well as the usually strongly endothermic ionization step of the chemical reaction, gain speed with increasing temperature. The most efficient process performances of membrane reactors are observed at operating temperatures between 500 °C and 900 °C. It is now clear why the membrane must be made of a heat-resistant material such as ceramic.

Which ceramics are used?

The development of an efficiently ion-conducting ceramic is basic research at a high level, carried out by universities and major research institutions. The chemical basis of crystals is a structure in which metal atoms face an oxygen sublattice. Different metal oxides are mixed and synthesized in such a way that valence differences lead to the formation of vacancies in the oxygen sublattice. Ion conduction can now take place across these vacancies – for example, O2 ions formed at the membrane, which are introduced into the membrane by activation and passed through the membrane via the vacancy structure. Catalytic recombination then takes place on the backside of the membrane and the recombination molecule is quickly flushed away, keeping the O2 partial pressure gradient in the membrane high.

Oxygen holes in the membrane material are also required for proton conduction, since the protons – according to one model – “ride” through the membrane as hydroxide ions on oxygen ions. O2–conducting and H+–conducting membranes thus have the same structural basis.

About a hundred different material compositions have been described, mostly derived from the perovskite or bixbyite structure. An example of a perovskite variant is the barium zirconate-derived compound BaCe0.2Zr0.7Y0.1O3 (BCZY271), in which the zirconium layer is proportionally replaced by cerium and yttrium.
An example of a bixbyitic variant is lanthanum tungstate La6-xWO12-δ, in which about 1/3 of one of the lanthanum layers is replaced by tungsten. Both ceramics have the necessary thermal and thermochemical stability to withstand the aggressive reaction conditions in the membrane reactor.

How is a ceramic membrane manufactured?

Optimized membranes should be as thin as possible to keep diffusion paths small. Membrane thicknesses of 10-30 µm show efficiency maxima, but must be 100% gas-tight. Such thin membranes are not fracture resistant enough unless supported over the desired large area. A gas-permeable, mechanically stable support is needed to periodically support the membrane.

This is where additive manufacturing processes join the manufacturing process to build the membrane and support structure in as few steps as possible. Particularly in a two-step setup, care must be taken to ensure that the membrane and the support part are made of the same or a very similar material so that less stress builds up during sintering, leading to bending or cracking, but also so that the crystal structure of the membrane is not contaminated or completely altered.

The next figures show membrane support structures made of lanthanum tungstate in the development stage before the catalyst layers are applied. The manufacturing process is 3D screen printing, which can be used to build dense and filigree structures. A flat channel structure is realized using a filigree transverse wall as a support structure. In transmitted light (center), the homogeneity and low layer thickness of the membrane can be seen. The scanning electron microscope visualizes the low thickness (right).

If you would like to know more about the development of membrane materials, we recommend the homepage of the Institute for Energy and Climate Research (IEK) of the Forschungszentrum Jülich.

For WZR, the ceramitec in Munich is the most important trade fair. There we meet almost all our customers and establish important contacts with new customers. This year it was finally time again: after 4 years we could present our topics to an international audience. We had chosen a joint booth with Rösler CeramInno and concr3de, an exhibitor team that fitted very well. 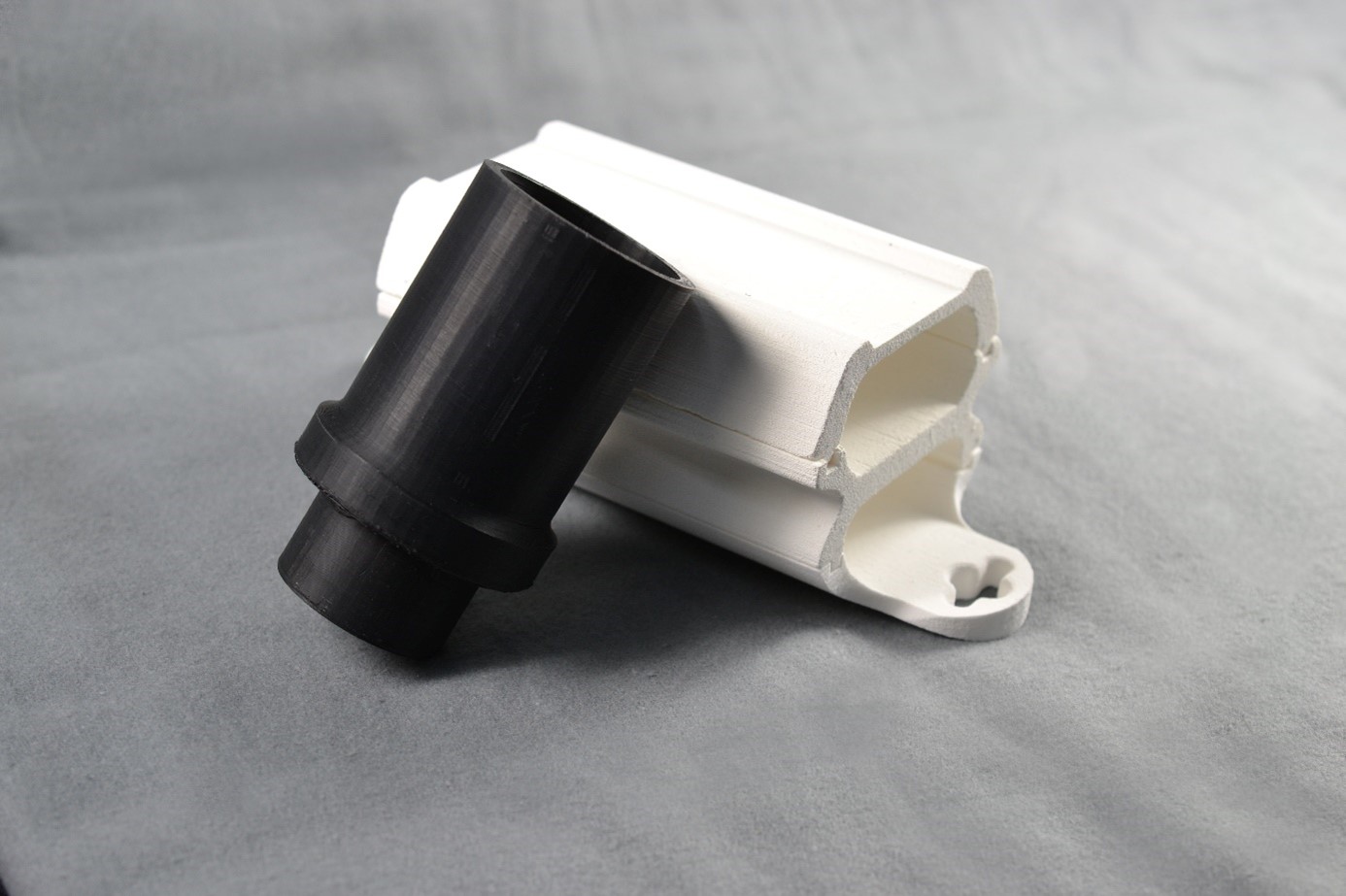 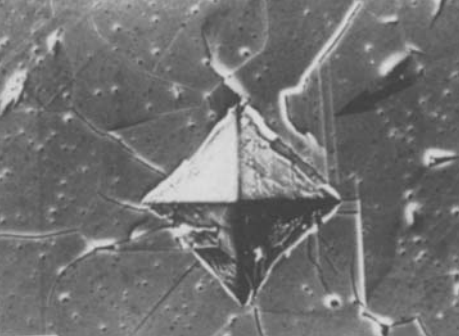 What do you need to know about the fracture toughness of ceramics?

When describing the properties of technical ceramics, we primarily talk about strength, or more precisely, flexural strength. Ceramics generally have a so-called “catastrophic failure behavior”, which means that ceramics break suddenly and without “warning” when subjected to mechanical stress. This behavior can be well illustrated by determining the flexural strength in a bending test, as Anika Braun has described thoroughly on our homepage.