Versatile 3D extrusion process in which porcelain, clay and even oxides, nitrides and carbides can be printed by adding plasticizer.

The classic among additive processes. Recently, thermoplastic filaments with a ceramic particle content have also been able to be printed.

Melting and strand-like depositing of a ceramic injection molding feedstock.

Get to know the world of technical ceramics. 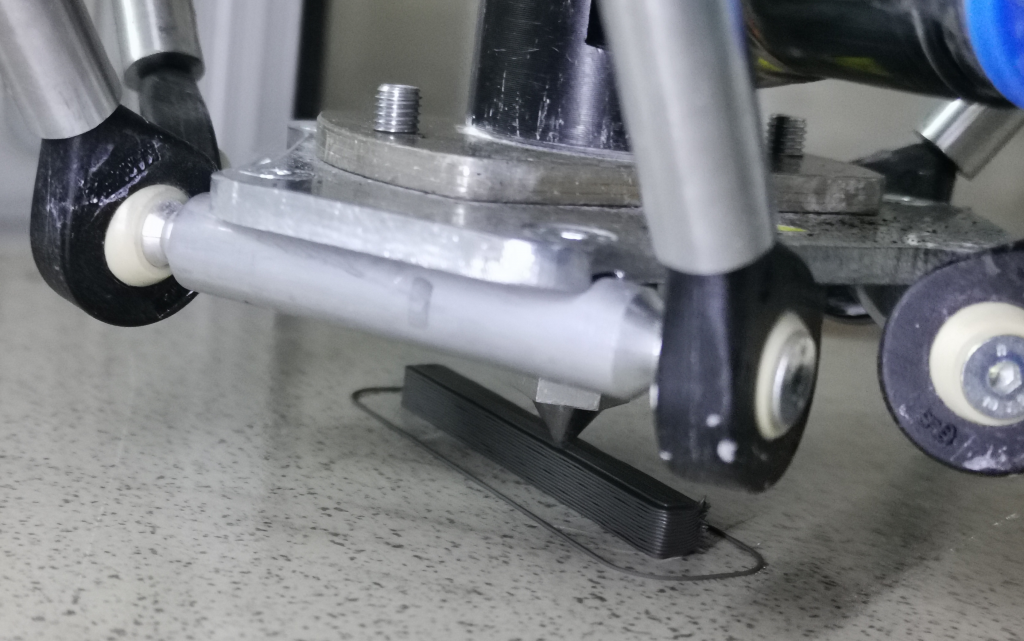 We manufacture technical ceramics by means of material extrusion

In the material extrusion of ceramics, a plastic ceramic mass is continuously conveyed through a nozzle that can be moved in X and Y directions. The resulting strand is then deposited in paths along a component geometry. The paths were previously calculated automatically using a CAD file of the component and translated for the machine control of the 3D printer. The deposited lanes always fill one layer of the part at a time. When a layer is finished, the system moves up on the Z-axis by the distance of the layer thickness and starts the next layer, and so on, until the entire part has been produced.
The various material extrusion processes can be basically distinguished according to the type of solidification of the printed material.
In the first category, solidification is caused by drying, e.g. evaporation of water. A classic example would be an extrudable paste made of clay. This is cold plastic extrusion.
In the second category, solidification results from a phase change, e.g. when a liquid melt cools down, as is the case with Fused Feedstock Deposition (FFD). This category also includes the use of thermoreversible hydrogels and the UV-curing of photopolymers. This category is called thermoplastic extrusion.

3D extrusion of cold plastic ceramic pastes with a wide range of materials.